As the year comes to a close, we say a fond farewell to Martyn Drage from the Henley Careers team who is retiring after 19 years working in the ICMA Centre. 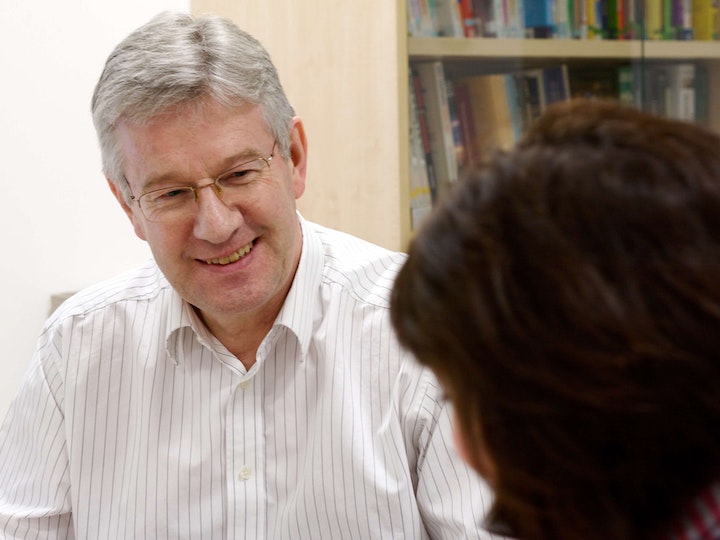 Martyn joined the Centre in the Christmas of 1997 as Manager of the Careers Development Unit (CDU), and since then he has helped hundreds of students and alumni achieve their career goals. He’s about to turn a youthful 65 so it won’t be the end of his working life, just shift from one phase to another.

We’re sure you’ll join us in saying, from everyone at the ICMA Centre, thank you Martyn and good luck with whatever you decide to do next.

Here are a few farewell wishes from alumni that Martyn has helped over the years:

Martyn, wishing you all the best from the dusty plains of Africa! We thank you for being our mentor and coach not only in Uni but even almost a couple of decades after!!” - Tanvir Ali (Class of 2000)

“Martin has always been a great support to ICMA Centre students not only during their studies but way after until today. He is always responsive and helpful. He sets a great example of an idol tutor and mentor. I wish him the best in his endeavours” - Sahel Annabi (Class of 2001)

“I have good memories of Martyn. Masters in ICMA Centre was my first experience outside my country and I had no clue what kind of experience it could be. Almost everything was new for me. I was so lucky to have Martyn during my study. I got an offer from a Multilateral Development Bank in the middle of my Masters. Martyn helped me to reserve that opportunity and I am really grateful to him and you for all of your sincere help and supports. Wish him all the best.” - Jahangir Sohrabzadeh (Class of 2006)

“He advised me to go for an internship first, which was successful (I am very thankful for that). Regards for his retirement and thanks to Martyn!” - Aleksandar Petreski (Class of 2007)

ICMA Centre’s Dr. Ioannis Oikonomou was amongst a small group of distinguished speakers who presented at the Northern European Shipping CSR Symposium held in Helsingor, Denmark.