This week we were exploring capital raising for European tech firms. My colleague Dan Robertson has written the review. 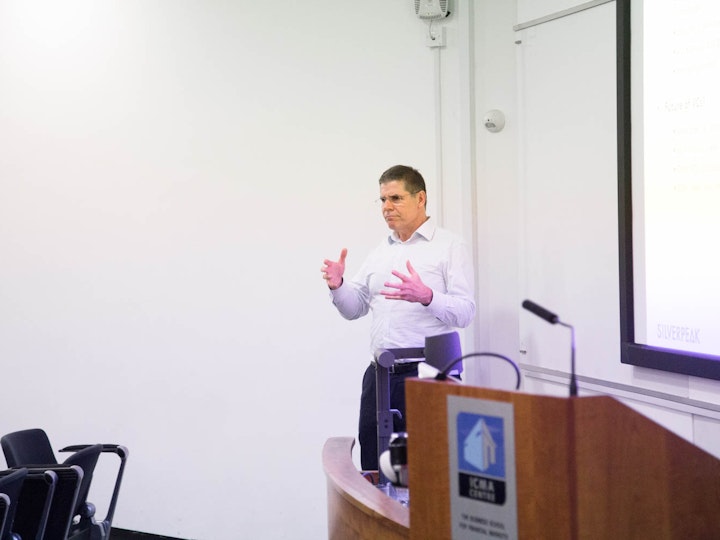 Jean-Michel Deligny is a managing director at the technology focused Silverpeak Investment bank. Silverpeak is a 45+ person strong boutique investment bank. Jean highlights the advantages in being a smaller, more dynamic team. Starting a career in this kind of organisation places someone nearer the decision makers than would be the case in a large institution.

Specifically regarding the European venture capital industry, there continues to be strong growth in the number and value of deals completed. Examples of European tech companies funded through venture capital include household names such as Deliveroo and Spotify. In the European market, the UK remains the dominant destination for tech financing, receiving 35% of the European market for funding bigger than £10m. Jean also pointed out the allure of Sweden, which receives an impressive 4% of European funding, despite its small population. Jean believes it’s one of the biggest tech countries in Europe per capita, notably being the home of Spotify.

Currently, Jean wonders weather the European Venture capital industry may be in a bubble, with lots of capital competing to discover the next unicorn company.

However, on the other side of the equation, the FANG companies (Facebook, Apple, Netflix, Google) are not engaging in as many acquisitions as over the last few years, due to regulatory issues concerning weather this companies have too much power.

Jean also highlighted the issues in valuing tech companies due to limited cashflows and profitability. Prices being paid appear expensive compared to non-tech companies, in some cases ten times a company’s present revenue.

Finally Jean also considered the future of the VC sector and whether new technology will enable (or force) the industry to be more open and transparent. There was also a lively discussion afterwards, that spilled out into the bar!

We thank Jean for a very interesting talk regarding an exciting sector of high risk but huge upside if the next big company is discovered at an early stage.

Jean-Michel is Co-Founder and Managing Director of Silverpeak. He is also the Founder of Go4Venture Advisers which he successfully built up to a leading position in international equity private placements, and which was one of the foundations for the creation of Silverpeak in 2015.

Jean-Michel has twenty-five years’ experience in technology investment banking. Before starting Go4Venture Advisers, Jean-Michel was the European Head of Technology Investment Banking at UBS. This followed a tenure at Broadview International (now part of Jeffries), where he worked on more than thirty-five public and private transactions. Jean-Michel started his career as a Strategy Consultant at Coopers and Lybrand.

As one of the most respected investment bankers in the European technology market, Jean-Michel speaks regularly at key international events.

8 December 2010
The ICMA Centre is delighted to announce the winner of this year's Solidus Securities Scholarship, MSc student Eleana Kitsara.

The ICMA Centre Celebrates Cutting of the First Turf

4 July 2007
The ICMA Centre celebrated the start of work on the Centre's extension and the new University of Reading Business School building last week. The Commencement Ceremony which was followed by a champagne reception was attended by more than 200 guests, including businesses from the City and all over the world, as well as staff and alumni.

11 April 2018
MSc Corporate Finance student Peter Bamrud was presented with the CISI Educational Trust award by Dr George Alexandridis to recognise and celebrate his commitment to excellence throughout his studies at the ICMA Centre and support him as he launches his career within the finance sector.