Following last year’s success, the ICMA Centre at Henley Business School hosted the third annual Stock Market Competition in its world class trading rooms. Comprehensives, academies and independent schools all battled it out to win the competition and experience life on a trading floor. 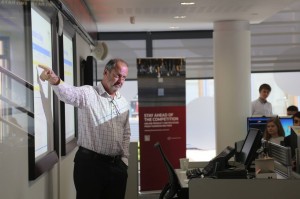 The competition was hugely popular this year with twice the number of entrants. 53 teams formed from 12 local schools competed to win the top prize of two iPad minis and a trophy for the winning school. The prizes were sponsored by Mark Insley, an ICMA Centre alumnus who now runs his own financial services firm, Ascot Wealth Management.,.

Trophies and certificates were presented to the winning teams at the end of the competition by Professor Adrian Bell Chair in the History of Finance, Associate Dean (International) and Head of ICMA Centre. 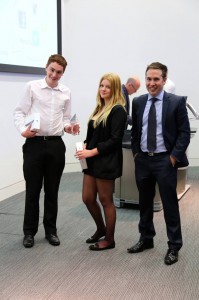 The competition, open to Year 12 students considering a career in finance or international trading is aimed at giving them the chance to apply their current knowledge of subjects such as maths, business and economics to the rapidly paced world of international trading.

It also exposes participants to the importance of business ethics and responsible business practice that is core to the teaching philosophy at Henley Business School. To help students avoid the temptation of taking the excessive gambles that have plagued the professional trading world, strict dealing limits were imposed with penalties in place for reckless trading.

The competition consisted of a series of simulated trading sessions based on specific scenarios that were generated by the competition organisers. It was run entirely on the ICTrader trading platform which was co-created by FitchLearning and the ICMA Centre. Students traded a variety of U.S. firms’ stocks in real time with the price of the stocks evolving rapidly in connection to the macroeconomic, industry related and firm specific news items that the competitors saw on their screens.

Participating students and accompanying teachers were provided with an explanatory handbook in order to prepare in advance for the competition. Teachers and students were also given an engaging presentation on the day about the state of the art facilities at the ICMA Centre and the no.1 ranked undergraduate degrees in Finance, including the BSc in Finance and Investment Banking and BSc in Finance and Psychology.

The competition proved to be a highly educational and exciting day for all, and the standard of those participating in the competition has increased year on year. 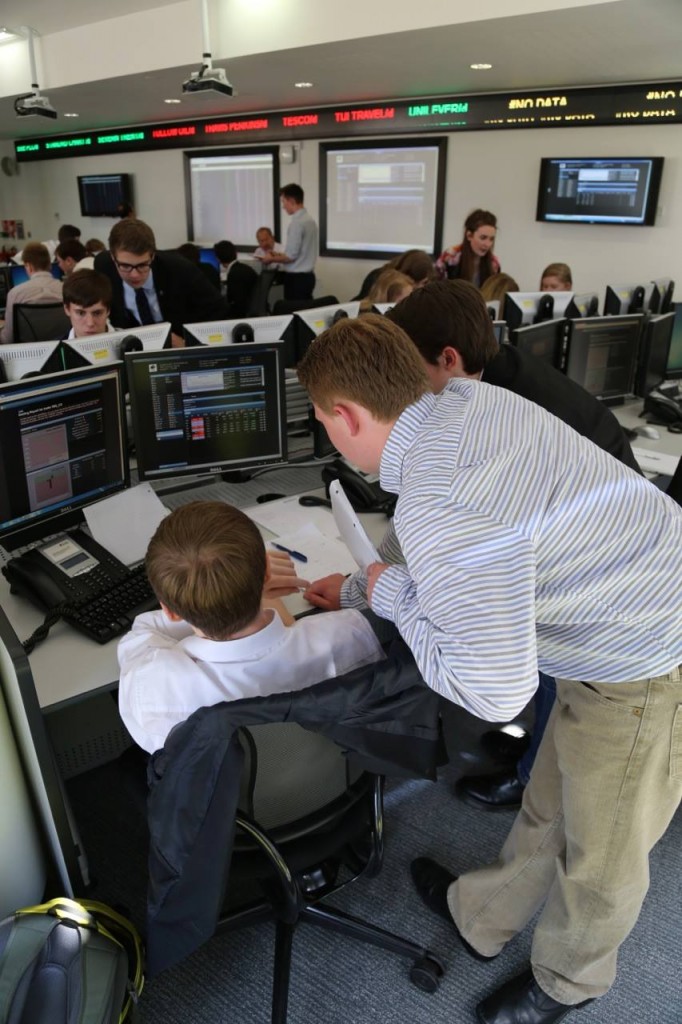 A full gallery of pictures taken on the day can be found on our Facebook page.

The Schools who took part this year were:

Congratulations to Kadi Huang, Chris Himpich, Alex Priest and Daniel Lim for reaching the final of the Universities Business Challenge!

In Particular to ICMA Centre students Kadi Huang, 2nd year Finance and Investment Banking, and Daniel Lim, 1st year Finance & Investment Banking. The semi-final was held at the offices of P&G (Procter & Gamble) in Weybridge and required the ten semi-finalists to purchase, renovate and manage a hotel business in Thailand.Tasks included corporate social responsibility, media presentation, creative thinking and networking. The Henley team produced an outstanding performance to win with a profit of £151K (moderated by a stakeholder engagement score).They will join nine finalists from other top business schools at the London HQ of IBM UK in Southbank on Friday 22 March for the chance to win up to £1000.

We wish them the best of luck!