Mike became a Journal of Applied Econometrics Distinguished Author in 2008.

He served as an editor of the International Journal of Forecasting between 2001 and 2012, and since standing down from this role has served as an associate editor.

He was elected an Honorary Fellow of the International Institute of Forecasters in 2014: http://forecasters.org/activities/funding-awards/fellows/.

All of Mike’s publications are available at http://ideas.repec.org/e/pcl24.html and recent Discussion Papers at http://papers.ssrn.com/sol3/cf_dev/AbsByAuth.cfm?per_id=157383.

Are some forecasters' probability assessments of macro variables better than those of others?

Individual forecaster perceptions of the persistence of shocks to GDP

Do survey joiners and leavers differ from regular participants?

Assessing the Evidence of Macro- Forecaster Herding: Forecasts of Inflation and Output Growth

Forecasters’ Disagreement about How the Economy Operates, and the Role of Long-run Relationships

Building on the material introduced in Quantitative Methods for Finance, this module covers a number of more advanced techniques that are relevant for financial applications, and in particular for modelling... 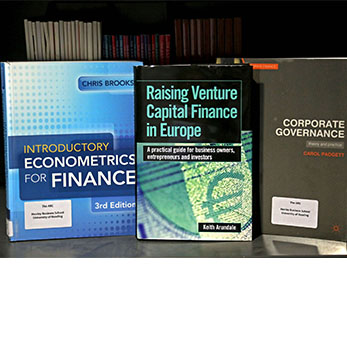