The domino effect: what do rising interest rates mean?

Rising interest rates makes a company's debt more expensive - but what does this mean for the economy? Dr Nikolaos Antypas explains in for Leading Insights. 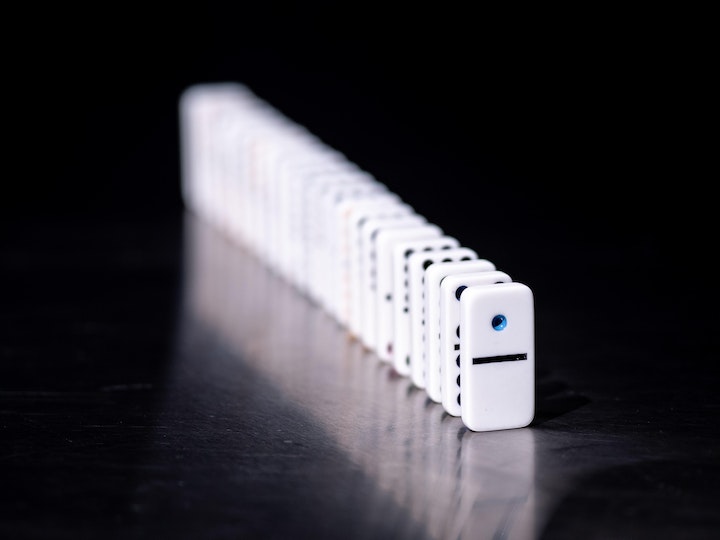 The Bank of England has announced a generally expected rise of the benchmark interest rate to 1%, just 0.25% higher than the previously prevalent rate, putting interest rates at the highest level since the time of the Global Finance Crisis in 2009.

Western countries, including the UK, are used to "cheap" capital, primarily debt. The rise in interest rates means that, along with the inflation-led slowdown in growth, the inexpensive debt will have to be rolled over to more expensive debt in an environment of economic slowdown or contraction. This puts a significant proportion of companies at risk of not being able to pay their debts.

The inability of a few companies to repay debt, and the downsizing that it entails, can have a domino effect on other businesses, which have been otherwise less levered and in better financial health. For instance, if a client firm becomes insolvent and stops buying services from a financially healthy vendor, then the vendor may have to downsize so that it eliminates unnecessary operating capacity. This process can happen across the economy, leading to lower employment. This leads to lower consumption, and subsequently, less business activity: the vicious circle of a recession can accelerate fast, and any state support will come at a steep cost for future generations.

The UK, EU, and North America have shown great resilience in the last couple tumultuous years. It will only remain to see whether the Bank of England, and other central banks, can achieve the broadly coveted "soft landing".

16 December 2020
As 2020 nears its end, Dr Nikolaos Antypas writes about the state of capital markets and what investors should be aware of.
Leading insights

25 January 2021
So far, 2021 has not been vastly different or better than 2020 for most of us - but what impact will the continuing pandemic measures have on the economy?
Leading insights

9 August 2022
As the Bank of England raises interest rates by half a percentage point – the highest jump since 1995 – Dr Nikolaos Antypas looks at what this could mean for the UK economy.
Henley news Leading insights