As usual, the University of Reading Finance Society have provided a review of our Industry Insights talk: 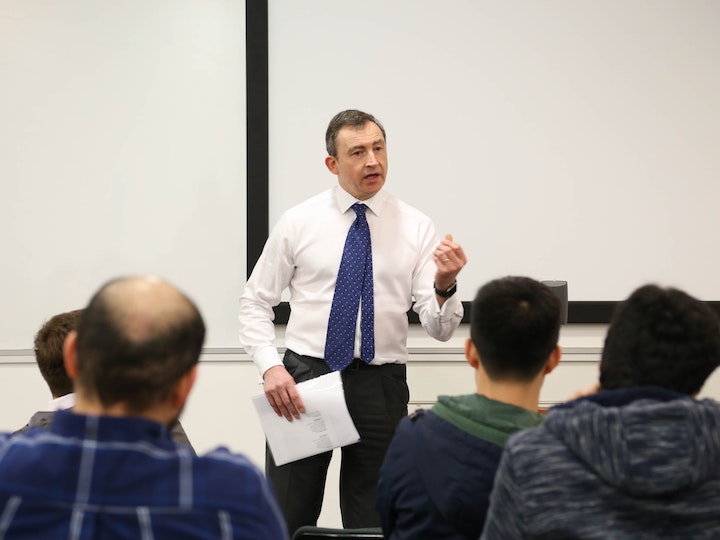 Last week’s Industry Insights event was presented by Tim Skeet and organised by the ICMA Centre in partnership with the University of Reading Finance Society. During an interactive session, he discussed the role culture plays in the financial Industry. He also gave us an overview of his career while explaining the constant cultural evolution of banking and financial services.

Mr. Tim Skeet is Head of Western European Origination at Bank of China and works with the ICMA. He undertook his studies at Cambridge University and worked for multiple financial services firms such as Morgan Stanley, RBS and Barclays.

He started by talking about the culture within the Bank of China compared to the other companies he has worked at. He mentioned that there is a huge difference between the first time he went to China and how much China has changed up until now. Mr Skeet also mentioned that as the culture in finance is always changing, everyone should continue to keep learning about the different cultures in finance, whatever their age or level of experience. According to Mr Skeet’s experience, the culture of the financial industry a few years ago was different, as it was more relaxed. He mentions that the culture in the industry is now stricter and more focused.

Mr. Skeet mentioned that in the Asian culture, opposed to western cultures, there is a power of hierarchy. It is the same within the Asian finance industry. He believes that the difference in culture is exciting, as well as being challenging, as the different cultures within the industry provide different viewpoints and ways of getting things done. On the other hand, according to Mr Skeet, the culture in the western financial industry was wrapped around the financial crisis that happened. “Win at all costs” is one of the statements he would use to explain the western culture prior to the financial crisis.

To conclude, he told us that the culture in the financial industry is always changing and that we cannot be afraid of these changes and how it will force us to personally change to be able to be successful in the future.

During the Q&A session, questions were mostly career focused. He explained the importance in always learning about the changes happening every day, especially in the financial industry, as well as never stopping to look for opportunities.

Tim Skeet is a career banker:

Working on extensive client and internal training work in the City. Working extensively also with ICMA (International Capital Market Association), Chair the Investor Working Group on Bail-in and helping to provide Green Bond training courses, amongst other activities. Taking speaker engagements and lecturing at Reading and elsewhere on behalf of the Worshipful Company of International Bankers.

Other activities include being Founding Chair and now Patron of Britain for Europe, Chair of the Classic Aircraft Trust (now closed alas) and member of the executive of the Conservative Group for Europe.