Evita Zanusso from Big Society Capital was our speaker this week, and she gave us an overview of 'Social Impact Investment': investments that have a social benefit as well as a financial return. Dan Robertson from the Finance Society has provided us with a review: 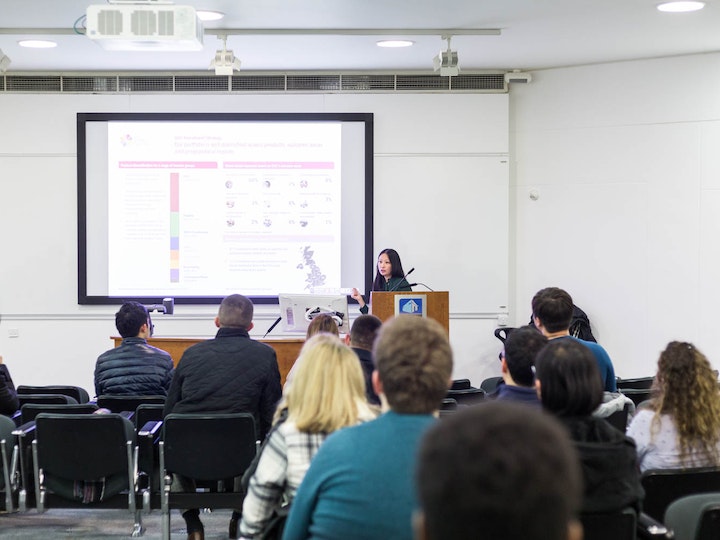 Evita Zanusso from Big Society Capital was our speaker this week, and she gave us an overview of 'Social Impact Investment': investments that have a social benefit as well as a financial return. Dan Robertson from the Finance Society has provided us with a review:

In today’s industry insights talk, Evita Zanuso provided a fascinating insight into the world of social impact investment. After having a more conventional career in the city, Evita wanted a career that was more closely aligned with her personal values, and joined Big Society Capital (BSC), the UK's market champion for Social Impact Investment.

Social Impact Investment is an investment that as well as making a financial return, also delivers a benefit society. One example we explored was a online shop selling products designed to help people suffering from dementia. The firm was set up by somebody who was a carer for a dementia sufferer, and has now received over £1m in funding: but it would not have got off the ground without initial investment from BSC. Other themes in which BSC invest in include providing accommodation for homeless people, renewable energy and projects to reduce prisoner re-offending - and many others.

Evita also provided an overview of where Social Impact Investment fits in with conventional forms of investment. Firstly, there is traditional investing, aimed at profit maximisation with no focus on the ethics of the companies involved. Next comes responsible investing. This is also aimed at maximising profits but with ESG (Environment, Social and Governance) issues also a focus. This may mean taking steps such as not permitting tobacco firms in the portfolio. Taking that a step further, Social Impact Investment still aims to recoup all the invested capital and achieve a rate of return, but sacrifices some financial returns in exchange for social benefits. This is different from philanthropy, where the initial investment capital is also sacrificed.

Big Society Capital is independent and was set up by the government in 2012. Funding comes from dormant UK bank accounts (those not accessed for 15 years) and major high street banks. BSC invests solely in the UK, with 90% of the funds invested outside London. The main areas of funding include housing and local facilities (68% of funding) due to the capital intensive nature of the sector. The UK is considered a leader in the sector, along with the US, Israel and Japan. Reasons for this include strong political support, with both tax relief, favourable regulations and cross-party political support. As the market champion, it invests in market intermediaries (other social impact funds, such as Resonance) and has a mandate to grow the sector.

To summarise, this was a very interesting talk on a growing and more prominent issue for investors today. Evita highlighted how a career in Social Investing is very different to the city, with more variation in the job and the ability for it to align closer with personal beliefs regarding social issues.

There's a short video from Evita describing what she does here:

New partnership with the Association of Corporate Treasurers

The ICMA Centre is proud to announce a new partnership with the Association of Corporate Treasurers (ACT).

As part of a series of features ahead of the General Election 2019, Professor Adrian Bell and Henley students were interviewed by BBC South Today's business editors Alistair Fee. Filming took place in one of the dealing rooms at the ICMA Centre, with students engaging in a stock market simulation in line with the series theme of 'What the markets say'.

Industry Insights: What Does it take to be a Trader?

This week we learned about Trading, and in particular what it takes to "make it" as a trader. As usual, Daniel Robertson has provided the review.