The tragedy of winning the lottery

The latest headlines inform us that the youngest ever winner of the “Euromillions” lottery is planning to sue the organisation behind it for “ruining” her life. Ms Jane Park was 17 years old when she won the £1m jackpot, and claims that her fantasies of what winning the lottery would be like are in stark contrast to the reality she is now experiencing. Instead of enjoying the comfort, security and even luxury that she expected her earnings to provide, she feels confused, stressed and anxious. 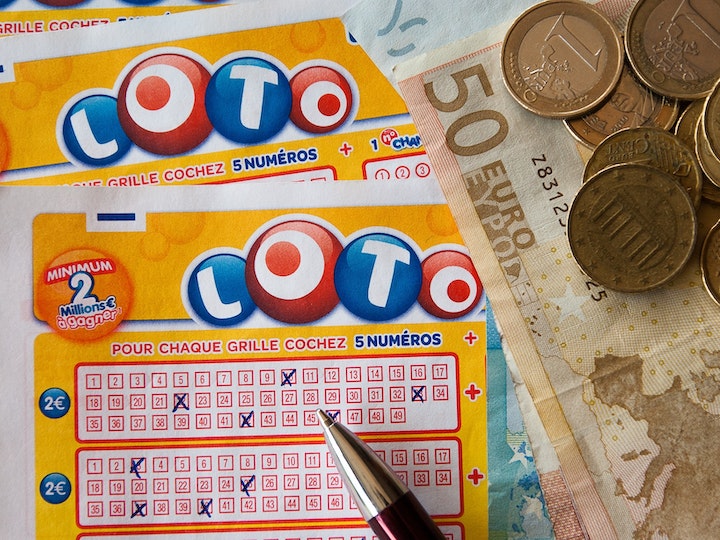 The latest headlines inform us that the youngest ever winner of the “Euromillions” lottery is planning to sue the organisation behind it for “ruining” her life. Ms Jane Park was 17 years old when she won the £1m jackpot, and claims that her fantasies of what winning the lottery would be like are in stark contrast to the reality she is now experiencing. Instead of enjoying the comfort, security and even luxury that she expected her earnings to provide, she feels confused, stressed and anxious.

It is easy to dismiss such an attitude as product of ill thought, immaturity, a lack of understanding of the value of money in a world of limited resources (and troubling socio-political times), or even just being ungrateful and unappreciative of one’s own blind luck. But a more careful view of Ms Park’s claims as well as those of previous lottery winners provides some particularly interesting insights.

Ms Park felt utterly confused by the financial options placed in front of her and did not know what to do with her newfound wealth: “I was stuck in front of a financial adviser who was using words like investment bonds. I had no clue what they meant” she said, according to the Independent. She is surely not alone in this. According to the latest OECD international survey of financial literacy, only 38% of the surveyed British adults have a decent grasp of what a simple financial concept such as the “time value of money” means and only 52% understood the basic principle of investment “diversification”. Such obvious gaps in financial literacy can lead to a lot of anxiety about how best to manage one’s wealth and, ultimately, making suboptimal, self-defeating economic decisions.

When luxury becomes the norm

Ms Park was reportedly working as an admin temp for £8 per hour and lived in a small flat with her mum before winning the £1 million lottery.

Such a drastic change in wealth should surely increase the level of happiness one experiences in her life, right? Ms Park must simply be the exception?

Yet the evidence we have suggests a different narrative. A study published in 1978 in the Journal of Personality and Social Psychology used a sample of 22 major lottery winners to answer the above question. Although, on average, lottery winners reported that their level of general happiness had increased since winning the lottery, the perceived difference was very small: From 3.77 before winning the lottery up to 4 since winning it, on a scale ranging from 0 to 5. More interestingly, however, the level of pleasure they took from mundane, everyday events seemed to now be lacking compared to that of a control group. This is what is frequently referred to as “hedonic adaptation”. Individuals tend to adapt to improvements in their lifestyle quickly and then take them for granted. The initial boost of excitement or pleasure we get from the fast car or the latest gadget evaporates quickly and does not have a long-lasting effect.

I know what you are thinking: “Not another moral about how money isn’t the key to happiness – and by a finance guy!”. Well, luckily I think the answer is not so simple (and I consider myself a researcher first and a “finance guy” not even second), so stay with me…

The United Nation’s World Happiness Report provides us with some fascinating data based on surveys conducted to thousands of people across the world. If one looks at the geographic distribution of happiness around the globe, it is clear that the richest countries generally have happier people living in them (North America, most of Europe, Australia and parts of South America) whereas most of the poor countries are associated with the lowest levels of happiness (sub-Saharan Africa and parts of South East Asia). But the same source reveals that although income is related to our life evaluation, it does not materially affect our day to day emotions and feelings. More complex social characteristics such as the level of freedom to make life choices in a given country and the (measured) generosity of individuals in that country contribute more to the positive or negative feelings we experience every day.

The Harvard Grant study provides equally insightful conclusions. This study started monitoring the life satisfaction experienced by 268 male Harvard students from the classes of 1938 to 1940 and followed them until their late age and eventual death. The study was replicated to include 456 disadvantaged inner-city youths who grew up in Boston. Some of those men were very successful in their chosen professions; some became alcoholics; some married; some divorced; some died young while others are still alive in their nineties. The strongest finding of this 75-year study: income, wealth, fame did not really matter for a happy life according to the surveys the men filled every two years. The quality of their relationships with friends and family did.

“It’s scary how different my life is from my friends”, Ms Park has said, expressing how isolated she feels because of her newfound fortune. With this in mind, can she really be blamed for not feeling happy?

Fidelity, the asset manager with $2.4 trillion assets under management, recently announced the launch of two index mutual funds with a 0% fee! This announcement is interesting for several reasons. First, the asset management industry has been involved in an intense price war and this new fee level of 0% represents a very tough benchmark for the competition to beat. Not surprisingly, the share price of rival asset managers fell by a few percentage points shortly after the announcement. Second, the new fee level is unusual as it indicates that, for the first time, investors could get exposure to both US and international equities without incurring any fee. This is a curious business decision. How will Fidelity manage to pay for all its expenses? Will this product be a loss-making venture? Is there more to it than meets the eyes?

Should Investors Include Bitcoin in Their Portfolios? A Portfolio Theory Approach

There has been a lot of anecdotal discussion around the volatility of the price of bitcoin and whether or not a bubble is currently present in cryptocurrencies. Much of this impassioned debate is based around speculative trading activities but what would be the outcome if we considered its place as part of a balanced portfolio of investments?