To Grexit or not to Grexit?

There has been some discussion in the news lately in respect to the possibility of Greece exiting the Euro (Grexit). 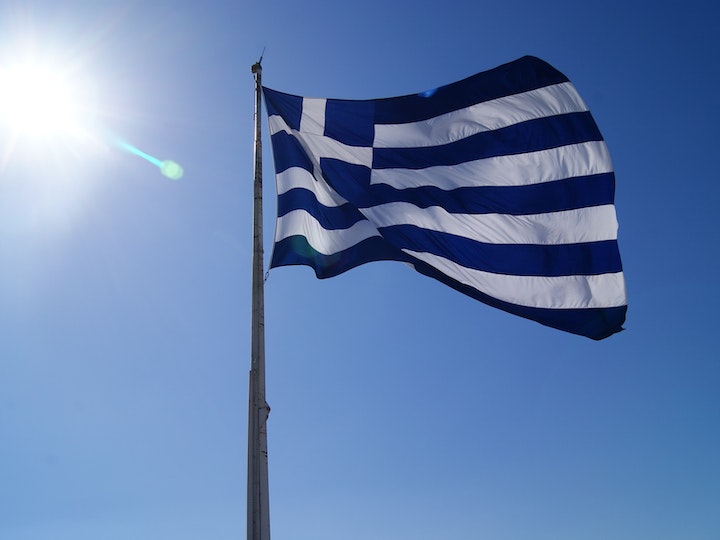 In an interview with Bloomberg, Professor Ted Malloch notably commented:

"I think there is probably, from an economist’s perspective, a very strong reason for Greece moving away from the Euro."

Given this viewpoint, the most likely interpretation from a traditional macroeconomic standpoint is that a Grexit would lead to a rapid devaluation of the new Greek currency (let’s call it New Drachma). This would in turn immediately translate to more competitive prices for Greek products and services thus leading to more exports, less imports and more foreign direct investments.Although theoretically sound, this rationale ignores many economic, social and political realities of current day Greece which would make the above evolution an economic success story. In brief:

Greece is predominantly a service economy with more than 80% of its total GDP coming from this sector. Among provided services, the one that is easily the most capable of bringing in foreign money is none other than tourism. Yet unlike popular perception, only a modest number of Greeks are directly involved in this industry and will substantially (and disproportionally) benefit from such an evolution.

At the same time, imported goods are bound to abruptly become hugely more expensive. The greatest (net) imports for Greece are in oil and petroleum products. The country is not near being autonomous is terms of energy. The current infrastructure regarding the use of solar and wind energy is sorely lacking and the coal resources the country has in the form of lignite are not close to sufficient in covering its energy needs (aside from the associated carbon footprint for its extraction and usage). Another huge category of (net) imported products for the country is pharmaceuticals. It would simply take many years to develop the necessary infrastructure, technology and know-how required for Greece to produce all the pharmaceutical products it needs to treat its (rapidly aging) population. Hence, leaving the Euro would require many years of preparation which would be associated with tremendous structural changes in the economy, large investments to create the infrastructure and even more so to train (or retrain) the specialised personnel required.

Leaving the Euro would require many years of preparation which would be associated with tremendous structural changes in the economy.

Is foreign investment likely to grow?

Although comparatively lower salaries and land prices are bound to make foreign direct investments more attractive in a New Drachma Greece, the often experienced reality of investors is one of a notoriously bureaucratic environment, significant corruption, cartels and oligopolies in certain markets as well as a reasonably high corporate tax rate. Taken together, all these factors make it highly likely that even in a “cheap to invest” Greece, investors will not exactly swarm in.

It would be imperative for Greece to reach an agreement about what exactly will happen with its outstanding debt once it denounces the Euro. If the country simply refuses to pay its creditors, it will find itself in a state of political and diplomatic isolation – and even worse, this would happen in times of remarkable geopolitical instability when it is most in need of allies and has little political leverage. If on the other hand Greece agrees to repay the entirety or part of its debt in order to maintain a modicum of good relations with its creditors, this would mean that the nominal amount of debt will be denominated in Euros (or dollars or pounds or all the above) but the country will only be able to pay by printing more New Drachmas. This will likely lead to an incredibly self-defeating cycle of inflation and currency devaluation which in turn will decrease the purchasing power of the average Greek and make it even harder to gain access to basic imported goods (oil and pharmaceuticals being the most important as noted but even everyday items in the supermarket would become a lot more expensive).

Years of gradual implementation are required

Last, but certainly not least, the process of changing one’s currency is a task of immense complexity and practical difficulty which requires years of careful design and more years of gradual implementation. The Greek governments of late have failed to demonstrate the qualities required for the success of much simpler tasks let alone something of such colossal importance.

In a nutshell, even if one agrees that it was a mistake for Greece to enter the Eurozone, it would be an even worse mistake to leave it under the current circumstances.

Even if you board the wrong flight, you do not try to open the aircraft’s doors at 30,000 feet and jump.

Or if you do, you should at least have had some training and carry with you a couple of good parachutes. Greece seems to be lacking all of these.

Four teams from the English Premier League are taking all the places in the two European finals. But why has the EPL taken so long to dominate European football?

Does Firing a CEO Pay Off?

The chief executive officer (CEO) and the top management team are typically viewed as critical to the success or failure of companies. As it is not uncommon for top executives to make value-destroying decisions, the role of internal control mechanisms, such as oversight by a board of directors (BoD), is to safeguard the interests of shareholders by replacing poorly performing incumbent CEOs with new ones.