Following the Graduation Ceremony on Thursday 10th July 2014, ICMA Centre students were rewarded for their effort and performance and congratulated by their peers and staff at the Graduation reception. 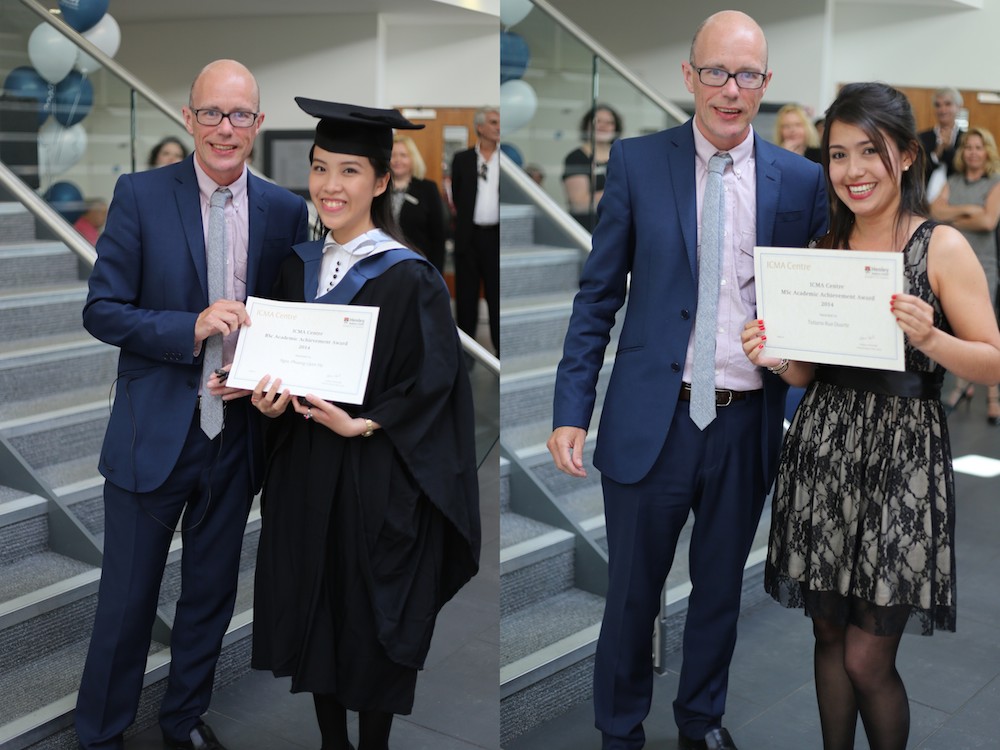 Following the Graduation Ceremony on Thursday 10th July 2014, ICMA Centre students were rewarded for their effort and performance and congratulated by their peers and staff at the Graduation reception.

George Cotton, was also awarded £150 worth of Amazon vouchers for winning the prize for Outstanding Contribution to the number 1 ranked BSc Finance and Investment Banking programme for the duration of the undergraduate programme. The prizes were presented by the Head of School, Professor Adrian Bell.

Finally this year’s recipient of the annual Vetiva prize for an outstanding postgraduate student from an African Country was Michael Muchira Mbui who was awarded a £1,000 prize, awarded by ICMA Centre Academic Ogonna Nneji. The Vetiva prize was established by one of the ICMA Centre’s alumni, Dr Olaolu Mudasiru, who graduated from the ICMA Centre in July 1998 and is now Deputy Managing Director of Vetiva Capital Management Limited in Nigeria. 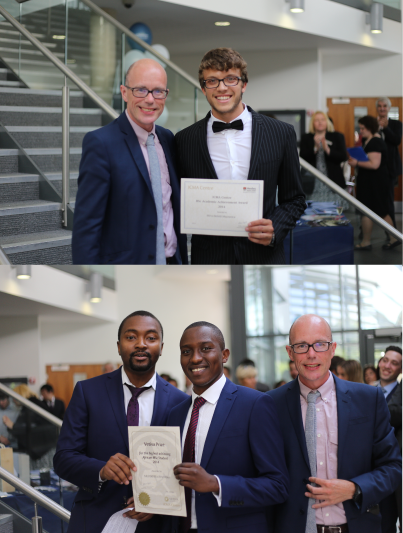 Our Partners also awarded a number of prizes to our top performing students.

The Chartered Institute for Securities & Investment (CISI) Education Trust awarded a prize of £2,500 to the ICMA Centre's highest achieving MSc student, Han Gao, in the Part One Examinations held January 2014.

Congratulations to all of the winners of the academic prizes and to everyone who graduated this year!

Following last year’s success, the ICMA Centre at Henley Business School hosted the third annual Stock Market Competition in its world class trading rooms. Comprehensives, academies and independent schools all battled it out to win the competition and experience life on a trading floor.