Review: Image, communications and the role of politics in financial services and regulation

Should bankers be in jail? 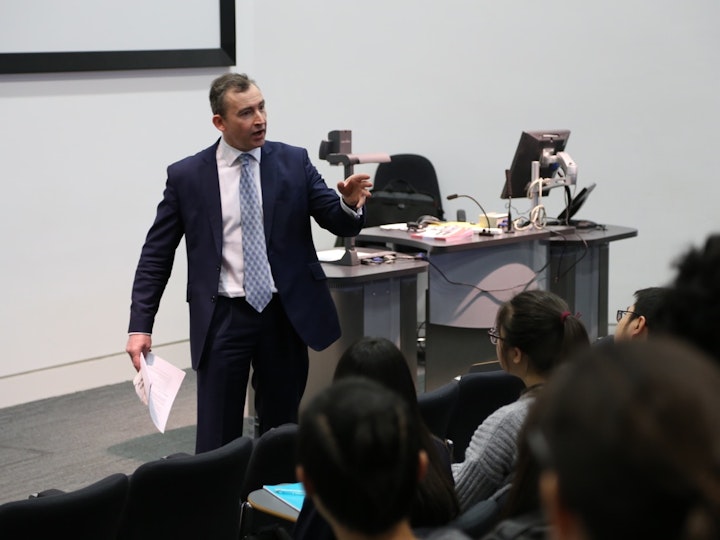 The short answer is no, not the majority.

The long answer is that outright criminality (cf the recent HBOS scandal local to us in Reading) and incompetence boarding on negligence at the top (maybe Dick Fuld?) should be punished.

Tim Skeet is an experienced banker and an advocate for the role of financial services in society: he emphasised the importance of a thriving financial sector for economic growth. What I took from his talk is that he certainly believes in regulation - but it has to be the right kind of regulation, applied to the right areas of finance.

The wrong kind of regulation is regulation passed in a hurry, by politicians with a time horizon that doesn't extend beyond the five year election cycle, in response to public anger, without a robust analysis of the underlying causes of the issues (we're talking about the 2008 crash here of course).

He illustrated this with some nice points, examples and perspectives I had not considered before. Here's a sample of them:

That's just a sample of what Tim covered. He also talked about how much he had enjoyed his career and encouraged people to pursue careers in finance where you can work alongside talented people and enjoy international travel. However, he also cautioned that he had lost his job several times and advised people that they need to be flexible and robust to build a career in the industry.

Finally, and here's an easy tip for you all, he had three MUSTS for all aspiring bankers who wanted to be on top of events:

I totally concur with this - when students come in and talk with me, I want to feel like you know more than me!

You can read more about Tim and his extensive experience in financial services here and follow him on Twitter here.

Next week we're hearing from a managing director at an investment bank. He's going to tell us what it takes to get into investment banking. I've already had a lot of enquiries about this talk and people are already booking on, so sign up before you miss out.