Review: Career Snakes & Ladders: How I Built and Sustained a Career in Finance

How do you build a career in finance? 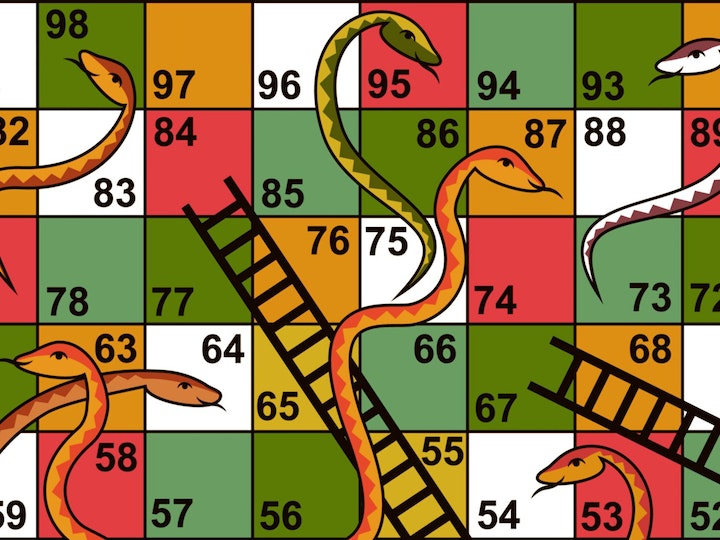 Last night we heard how Aasif went from being a business analyst - an IT job essentially - to working in M&A for an investment bank, via a role producing management information (MI). You might have thought that was enough to demonstrate career flexibility, but Aasif didn't stop there. He moved onto a trading desk (which had always been his goal) and then was made redundant after the crash in 2008. He got back into work after 200 (!) job applications.

And that's just the edited highlights of his career journey.

There was a lot to take from this story: being smart enough spot and take opportunities (putting himself forward to produce the MI for example), being flexible enough to move sideways or even backwards in his career, being persistent when he didn't get a place on a graduate scheme or after being made redundant and putting interest and engagement with his job ahead of making money (there were some surprises in there, such as earning less in M&A than in running MI reports, but making the move because he enjoyed it more). Aasif has also been very good at seeing how his skill set can transfer from one role to another and using his network to help him.

For students in the early stages of their career, they should reflect on some of the qualities that Aasif used to build his career. It certainly was not all about having the right qualifications or a good CV. Do you have the same qualities? Or perhaps different qualities that you can use to build you own career.

Next week we are going to learn about private wealth management. You should attend because the lessons you can learn from wealth management can apply to lots of buy-side or advisory roles and help you start your career.