Andy graduated with a first class BA in economics from Reading University in 1978 and was awarded a PhD in international monetary economics from City University in 1986. The subject of his thesis was an examination of speculative efficiency in the foreign exchange market, within the framework of a general equilibrium model. Separately, Andy also holds a PhD in theology from Kings College, London, awarded in 2002.

Andy started his career in 1978 with J&A Scrimgeour, a London-based specialist gilt broker. He then held posts with Chase Manhattan bank (1979-1983) and Midland bank (1983-1986) in London, working as an economist. In both positions, he specialised in the forecasting of interest rates and exchange rates. Having spent the first part of his career in the money and foreign exchange markets, he was then appointed Head of International Fixed Income Research at Drexel Burnham Lambert (1986-1988). He was subsequently Head of International Bond Research at West LB UK (1988-1990) and Head of the Financial Analytics and Structured Transactions group at Bear Stearns International (1990-1994).

In 1994, Andy was appointed Director of International Bond Research at Goldman Sachs in London. He was appointed Managing Director in 2000, and became Head of Global Markets Research, producing research and trading strategy for foreign exchange, money markets, government bonds and corporate bonds. He retired from this post in 2005 and started his own independent consulting company, before joining Fulcrum Asset Management as Research Director in May, 2006. Andy’s major research interests include exchange rate modelling and the integration of term structure theory with models of the business cycle in the macro-finance literature.

The course is a natural extension to the modules currently taught on bond mathematics, credit risk and the pricing of derivative instruments. It aims to supplement quantitative skills with...

Andy Bevan: The Differences Between Careers in the Buy-Side and Sell-Side 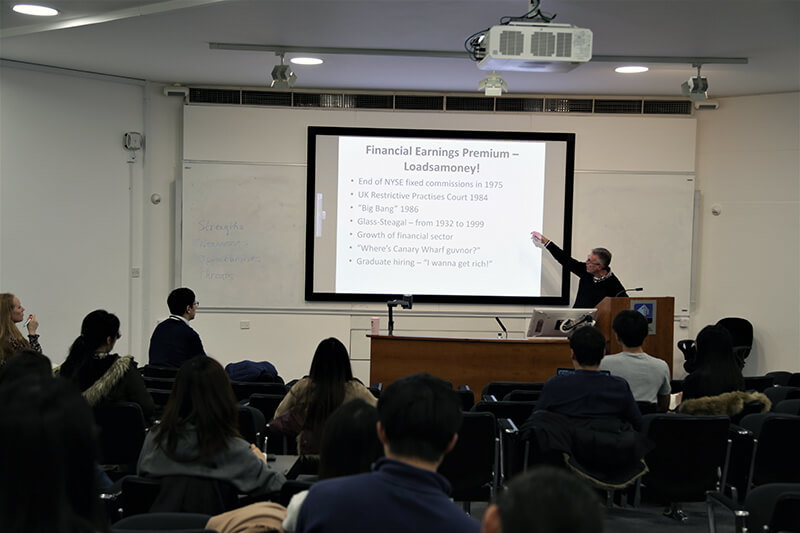