Andreas received his PhD from St. Andrews in June 2010, where he was on faculty from 02/2009 to 09/2013. He is co-founder and chair of two socially motivated enterprises: ReFine Research Project which gives social reporting awards to pension funds and Sociovestix Labs (SVL). Co-founded with Dr. Borth, Drs. Hees and Dr. Rezec, SVL is a spin-off from the German Research Centre for Artificial Intelligence [DFKI]) which is committed to fostering innovations in support of the Sustainable Development Principles while adhering to the Asilomar AI Principles and the ReFine Principles for Financial Data Science.

Prior to taking up his MISTRA role in March 2016, Andreas served over six years as lead academic advisor to the United Nations supported Principles for Responsible Investment and also consulted for organisations including the European Commission, the International Finance Corporation (IFC), and the University of Cambridge’s Institute for Sustainability Leadership (CISL).

Dr. Hoepner is the sole inventor of a US patent titled ‘Investment Performance Measurement’ (No. US8751357 B1). He also won several awards including a 2015 PRI/Sycomore Best Quantitative Paper, a 2012 Academy of Management Best Paper Proceeding, a 2010 PRI Academic Research Award, and 2011 and 2012 PRI/FIR Research Grant Awards. He publishes interdisciplinary in journals such as Accounting, Auditing & Accountability; Brain & Behavior; Ecological Economics; Environment & Planning C; European Journal of Finance; Journal of Business Ethics; and Journal of Business Finance & Accounting. He is co-editor of the Cambridge Handbook of Institutional Investment and Fiduciary Duty (foreword by Al Gore) and the Routledge Handbook of Responsible Investment. More generally, Dr. Hoepner’s research earned him, aged 33, an invitation to serve as a Fellow of the Royal Society of Arts in 2015 for "exceptional contributions to the study of finance, particularly ... responsible investment”.

A detailed record of Dr. Hoepner’s publications and presentations can be found on his CV.

On the price of morals in markets: an empirical study of the Swedish AP-Funds and the Norwegian Government Pension Fund

Sources of stakeholder salience in the responsible investment movement: why do investors sign the Principles for Responsible Investment?

Corporate carbon emission and financial performance: does carbon disclosure mediate the relationship in the UK?

Beyond outreach: corporate social responsibility and the financial performance of microfinance institutions

Liquidity and market efficiency in the world’s largest carbon market

The effects of corporate and country sustainability characteristics on the cost of debt: an international investigation

Is responsible investment proportionally under researched?

The level of compliance with the International Code of marketing of breast-milk substitutes: does it matter to stock markets?

Environmental and ecological economics in the 21st century: an age adjusted citation analysis of the most influential articles, journals, authors and institutions

Social, environmental and trust issues in business and finance

Environmental and ecological economics in the 21st century: an age adjusted citation analysis of the influential articles, journals, authors and institutions

PLEASE CITE THIS: an exploratory paper on citations, impacts and the social accounting literature 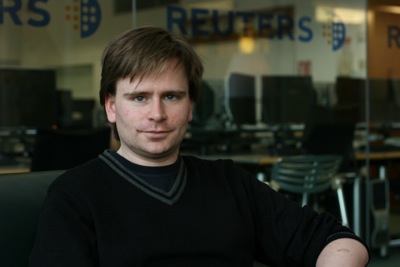 Hoepner, A. G. F. and Schopohl, L. (forthcoming) ‘On the Price of Morals in Markets: A Clinical Study of the Swedish AP funds and the Norwegian Government Pension Fund’ Forthcoming in Journal of Business Ethics DOI: 10.1007/s10551-016-3261-0