A tribute to Dr Ioannis Oikonomou, an Associate Professor in the ICMA Centre at Henley Business School. 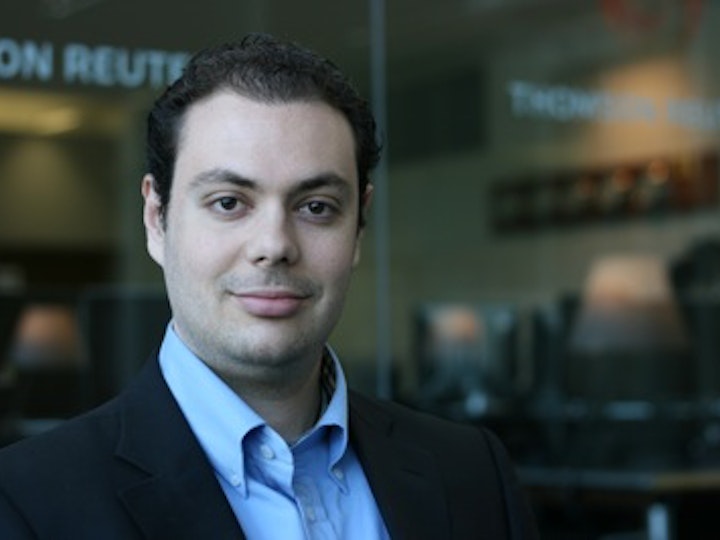 We were deeply saddened to learn of the death of Dr Ioannis Oikonomou on Sunday 25 October 2020 after a long illness.

This is a terrible loss for the ICMA Centre and Henley Business School community, and our thoughts are with Ioannis’ family and friends at this difficult time.

Ioannis grew up in the Zefyri region of Greece and held a BSc in Banking and Financial Management from the University of Piraeus. He previously worked at the Credit Extension Department of Citibank in Athens, Greece before moving to the UK.

Ioannis originally came to the ICMA Centre as an MSc student and then went on to study for a PhD with us before becoming part of our academic faculty in 2011. He was promoted to Associate Professor and was the Programme Director for the ICMA Centre undergraduate programmes as well as Director of the MSc in Behavioural Finance, which he co-founded.

Ioannis made a huge contribution to the ICMA Centre through both his research and his teaching. When asked what was the most enjoyable part of his job, he once said: “I try to answer original and interesting questions and communicate concepts and ideas with intelligent, inquisitive people (colleagues and students) every day. What's not to enjoy?”

Ioannis was a committed teacher and PhD supervisor who was well respected by both his colleagues and his students. In 2016 he was nominated for, and won, the Reading University Students’ Union (RUSU) Teaching Excellence Award. Students were asked to nominate staff that they believed to have gone above and beyond expectations. On awarding him the accolade, RUSU cited his “passion for enriching students’ knowledge and practical expertise" along with his “innovative assessment methods”.

During his time at the ICMA Centre, Ioannis received many awards for his highly respected research on the relationship between corporate social responsibility and financial performance, which has been published in prestigious academic journals, reaching a wide audience. He also co-edited a special issue of the British Accounting Review and the editorial became the journal’s second most cited paper. In addition, he was invited to present his research at numerous international conferences in the USA and Europe. Ioannis genuinely believed that firms could be incentivised to be more sustainable and to produce better social and environmental outcomes, and that such firms would make better investments.

In 2012, Ioannis’ project, ‘Corporate Social Responsibility and Credit Costs’ was awarded a €150,000 grant by the Centre for European Economic Research. This prestigious grant is awarded for research which contributes to a deeper understanding of policy rationales, the design of appropriate policy instruments as well as their effectiveness and efficiency.

In the same year, his PhD thesis entitled ‘Empirical Investigations of the Relationship between Corporate Social and Financial Performance’ was honoured as the Best Thesis in Finance and Sustainability European Research for 2012. The award was administered by the French Social Investment Forum and the United Nations-backed Principles for Responsible Investment (PRI) and was worth €5,000.

The following year, Ioannis was awarded the University of Reading’s 2013 Best Research Output Prize for his research paper “The Impact of Corporate Social Performance on Financial Risk and Utility: A Longitudinal Analysis” which was published in the Financial Management journal. The study examined the association between corporate social performance and financial risk. Shortly after, his work on the connection between firm sustainability and the pricing of corporate bonds, was honoured with the Outstanding Publication Award from the Financial Review academic journal in 2015.

His significant achievements throughout his career are a testament to his hard work, dedication and intellectual ability. When previously asked what he viewed as his greatest achievement, Ioannis replied “gaining the respect and appreciation of friends and colleagues - an achievement that requires constant effort has to be the most coveted one”. Ioannis certainly achieved this during his time at the ICMA Centre and always went above and beyond to support the work of the centre and its students.

He was a committed all-rounder, a great teacher and excellent researcher, as well as a supportive colleague. Even after he became unwell, he continued to work tirelessly and passionately, supporting and mentoring his PhD students.

Following the sad news of his passing Ioannis’ students have paid tribute with the following: "An educator, a mentor, a friend. Ioannis was a beacon of knowledge and support for students across all levels. It is not often that a teacher stands in front of a class, and time and time again, very quickly becomes everyone's favourite. He was undoubtedly such a teacher, respected and admired by all. Those who were fortunate enough to be in his classroom saw him be light-hearted, engaging and brilliant, but his guidance did not stop there. Many of us would not be where we are today had it not been for his words of inspiration and his relentless efforts. He would see potential in us before we saw it in ourselves, and he had unwavering faith in our abilities to succeed. Every one of Ioannis' students will remember him fondly as more than a charismatic lecturer but a noble and genuine person, too. Through the growth and prosperity of his thousands of students, Ioannis lives on. His passing is a loss for the community, for the field of finance and for the world”.

Ioannis was once asked who most inspired him, to which he replied “people who are truthful, passionate and will not give up in the face of adversity”. He embodied these qualities himself as he would go on to speak openly and movingly about his hard-fought battle with illness, which served as an inspiration to all. Despite his struggles, he always kept his trademark sense of humour which made him so popular with colleagues and students alike. His colleagues describe him as “a wonderful person, great fun to be around and always able to brighten up the room”. He will be greatly missed by all those who had the privilege of knowing and working with him.

Students from a leading university in China will have the opportunity to study at the ICMA Centre as part of a new double Masters programme.

So far, 2021 has not been vastly different or better than 2020 for most of us - but what impact will the continuing pandemic measures have on the economy?