The paper entitled “What Makes the Market Jump?” written by Dr Chardin Wese Simen, in collaboration with Professor Marcel Prokopczuk, has been awarded the CFA Institute Paper Prize at the 2017 Financial Research Network Conference. 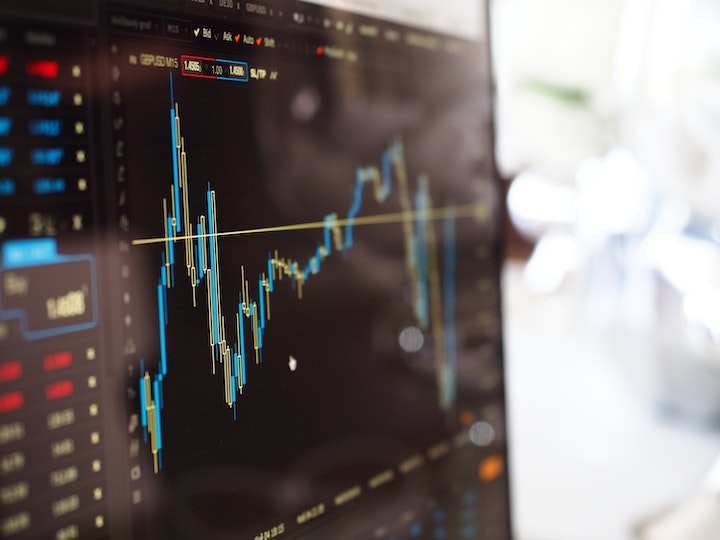 The paper entitled “What Makes the Market Jump?” written by Dr Chardin Wese Simen, in collaboration with Professor Marcel Prokopczuk, has been awarded the CFA Institute Paper Prize at the 2017 Financial Research Network Conference.

The paper seeks to understand the extreme price movements observed in the price of financial securities. The most well-known “flash crash” is that of May 6, 2010, when the leading US stock indices lost about 9% of their value within 5 minutes. This is not an isolated event. As recently as October 7, 2016, the pound Sterling plunged 9% against the dollar in a few seconds. Given the large impact of these “flash crashes”, investors and financial regulators are interested in understanding the economic causes of these large moves in asset prices.

As explained in a previous media entry on the ICMA Website, there are potentially many explanations for these moves. They could be due to liquidity shocks. They could also be the result of human mistakes, also known as fat fingers. One could also argue that these events may be associated with the release of new information. Indeed, if markets are efficient, new information should be incorporated rapidly in the stock price, potentially creating jumps.

The paper explores the plausibility of the news-based explanation. The research employs a state-of-the-art non-parametric jump test to identify jumps in the S&P 500 E-mini futures contracts. The analysis is carried out at the intraday level in order to carefully explore the linkage between news and jumps. The research uses a large sample of newswires produced by leading agencies, including the Associated Press, the Dow Jones, the New-York Times and the Wall Street Journal, to study the important news events around the jump time.

Accessing newswires from all four agencies is useful in order to precisely identify the information shocks that cause jumps. The study focuses specifically on two hourly news briefings available in the news database: “Top Economic Stories” and “Top Equity Stories”. As their titles suggest, these briefings contain the most important news stories up to the time of publication. By focusing on these top briefings, one can address the concern that the study may be looking at trivial news events. The methodology consists in retaining only the news stories first reported in the 1-hour time window centred on the jump time, i.e. in the window [−30 min; +30 min]. The study considers news reports published after the jump time because some news events are first broadcasted on TV or via other audio-visual channels. It is only after that that newswires are written, checked by editors and then published.

The paper finds that 25% of the detected jumps can be linked to scheduled news such as announcements of the Gross Domestic Product (GDP) and the unemployment rate. This result is intuitive since one would expect macroeconomic news to affect the price of financial securities. The study also shows that several events that are not scheduled in advance have a strong impact on the futures contracts. These events take the market by surprise and are associated with large movements in prices. For instance, on September 29, 2008, the S&P 500 crashed by 3% (within 15 minutes) as the US Congress voted against the financial rescue bill. Collectively, these unscheduled events account for 45% of the detected jumps.

Because the research design identifies the scheduled and unscheduled events that trigger jumps, it is possible to shed light on the dynamics of jumps that cannot be linked to fundamental news. It appears that 30% of jumps in the S&P 500 futures cannot be linked to important news. This is evidence of “excess jumps” in the asset. In other words, there is a disconnect between the largest movements in asset prices and important news events: futures prices seem to jump for no apparent reason.

What could explain this “excess jump” puzzle? One possibility may be that the test used to detect jumps performs poorly. Another could be that there are other important news events that are not accounted for in the analysis. Alas, none of these explanations is convincing enough. The sceptical reader may also be tempted to dismiss the findings on the grounds that they are spurious because jumps are first identified and then linked to important news events. This argument does not solve the puzzle. Quite the contrary, if the results are spurious, then one may be explaining too many jumps. The upshot of this is that the “excess jump” puzzle could be larger than the benchmark results suggest. That is, this argument would deepen rather than solve the puzzle.

Overall, the finding of “excess jumps” is humbling. It suggests that, even with the benefit of hindsight, our ability to explain large movements in asset prices is limited.