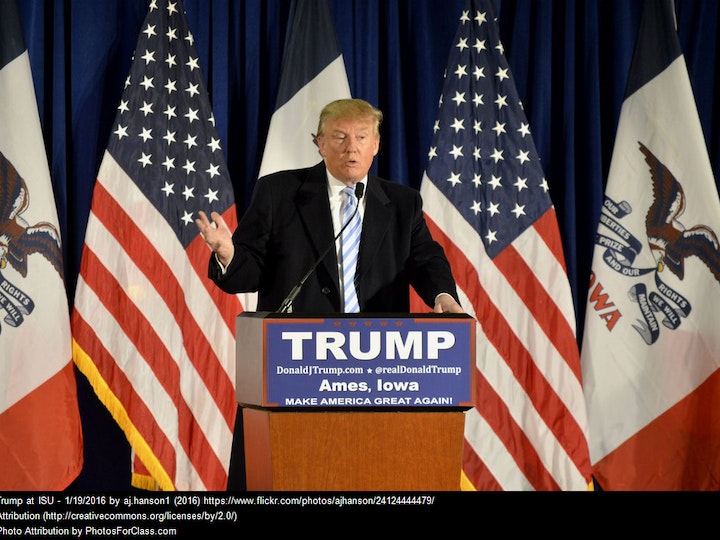 The US public elected Donald Trump as their next President on Tuesday evening in an election that shocked the world. The president-elect was well known for making numerous controversial claims throughout his campaign, and one of the more concerning ones was about global warming.

Aside from referring to climate change as a “hoax”, Mr Trump has also claimed the Paris Agreement is "bad for US business" suggesting the US should not waste "financial resources” on combatting climate change, indicating a possible desire to make a U-turn on the agreement. But could he pull out of the agreement if he wanted to? And has the president-elect properly quantified and considered the costs related to climate risks?

How to withdraw from the Paris Agreement

The US ratified the Paris Agreement in September this year, and it just came into force on the 4th of November. According to Article 28 in the Agreement, it will take 4 years to fully withdraw from the agreement if they decide to do so. This means that it is unlikely that any procedure to reverse the agreement would be finalised before electing a new president in 2020, which is one of the more ‘optimistic’ scenario among the withdrawal options.

However, there are other potentially more aggressive ‘short-cuts’ that he could take if the US really want to withdraw from the agreement.

It is desirable that the new president-elect of USA will make sensible and thorough consideration before pulling any trigger that is irreversible, though the majority party in both houses is infamous for their skepticism towards climate change. The US is the 2nd largest emitter globally and their decisions against any international cooperation to mitigate climate change will certainly pose more challenges.

Is the deal “bad for US business”?

With supportive policies and the right incentives, obsolete, highly polluting technology and assets could be phased out, and be replaced by the development of low carbon technology innovation, renewable energy, energy efficiency, etc.

But going green cannot be the sole responsibility of the governments, in particular financially. Private sectors, institutional investors and financial institutions also should play a crucial part alongside the governments by either providing funds for these green developments, for instance in the forms of green investment funds, green bonds, etc, or by engaging with corporations regarding the opportunities for green transition.

The overall mitigation costs will be increasing with any delayed action, as demonstrated by IPCC’s most recent assessment report on climate change.

Hence, the argument that climate deals are bad for US business isn’t robust when taking into consideration all costs and opportunities.

It can be expected that this high level of uncertainty around the president-elect’s position in regards to climate change is not going to end very soon. Should the US decide to pull out and their new president execute the decision to abandon the agreement, then the best course of action for all the other parties involved is to remain equally committed – if not more than before – and move forward.

The UN Climate Change Conference 2016 (COP22/CMP12) is currently in full swing in Marrakech. While we witness yet another outcome from a nation-wide campaign in a very influential country, it is still encouraging that there are a large number of people remaining committed and endeavouring to this very important environmental objective, which requires harmonised global efforts.